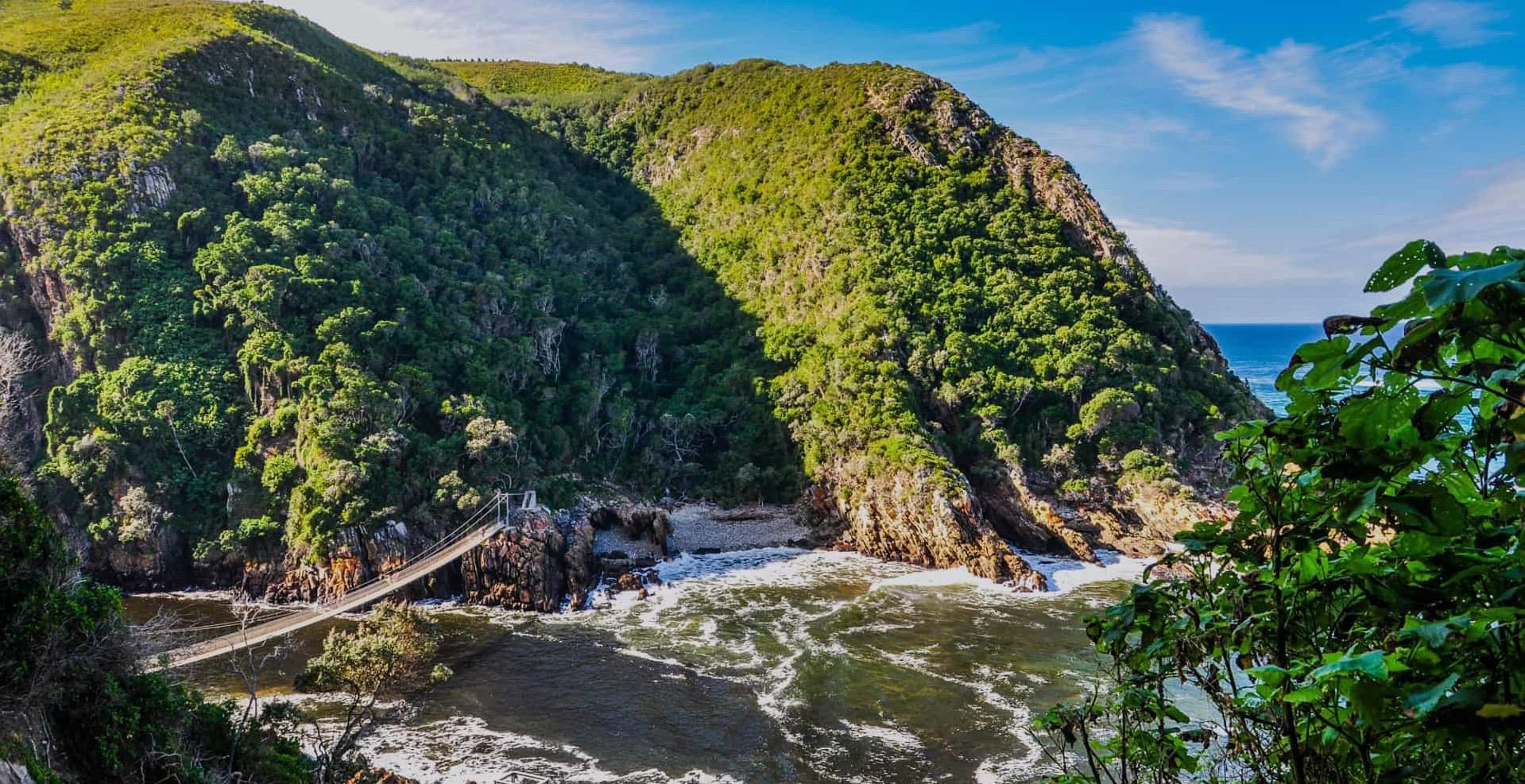 The Tsitsikamma region and National Park is a protected area on the Garden Route, Western Cape and Eastern Cape, South Africa. It is a coastal reserve well known for its indigenous forests, dramatic coastline, and the Otter Trail. On 6 March 2009 it was amalgamated with the Wilderness National Park and various other areas of land to form the Garden Route National Park. The incredibly beautiful area of land that lies between the Tsitsikamma Mountains and the sea stretches west to the Bloukrans River and east to Eerste River, and is named after the San word that means "place of abundant water".

The Tsitsikamma region is like a treasure trove; a crypt overflowing with protected indigenous forest that bears ancient trees like yellowwood, hard pear, stinkwood, and ironwood; fynbos covered landscape and the appearance of entrancing animals and birds, like the shy Knysna loerie. Described as the ‘garden of the garden route’, the Tsitsikamma actually deserves a more vivid description to encapsulate the beauty of the place. Far from being a garden, the Tsitsikamma is a place where magic and the ancient have merged to create a fairytale. Walk through the ancient forest, chill on the beaches, kayak up rivers and hike some of the most famous trails South Africa has to offer. There are also many rivers in the area that have carved deep gorges into the mountains as they wind their way from the plateau to the sea. With a pleasant climate all-year round, this is the perfect place to get your adventure on. Why not leap off the world's highest commercial bungee jump at Bloukrans Bridge? Or take an idyllic kayak up the Storms River? How about a bird’s-eye view of the forest with a canopy tour? Or a breathtaking hike along the Otter Trail or Dolphin Trail?

If you love nature, the coast and all that goes with it, then you’ll love Tsitsikamma. With an abundance of bird and marine life, you can really get in touch with nature.