Why You’ll Love It

Conveniently tucked between the bustling resort towns of Knysna and George, tranquil Sedgefield sits on the banks of a coastal lagoon and boasts the honour of being known as Africa’s slowest town. Mosaicked tortoises and an abundance of speed humps line the suburban streets enforcing the town’s motto as the place where ‘the tortoise sets the pace’ and locals are said to be so stress-free that they live well into their nineties.

The tiny town is the first African member of the Cittaslow movement which champions the health benefits of slowing down the pace of modern life.

Sedgefield’s Myoli Beach oozes serenity and is the perfect place for those that want to take the region’s ‘life in the slow lane’ motto to heart with long beach walks. Those with an appetite for adventure won’t be disappointed as sports including kite surfing, surfing, stand-up paddle boarding, and wake boarding are super popular.

For those keen to dip a toe in, lifeguards are present during the peak summer season and migrating southern right whales can be spotted from shore in the winter months. 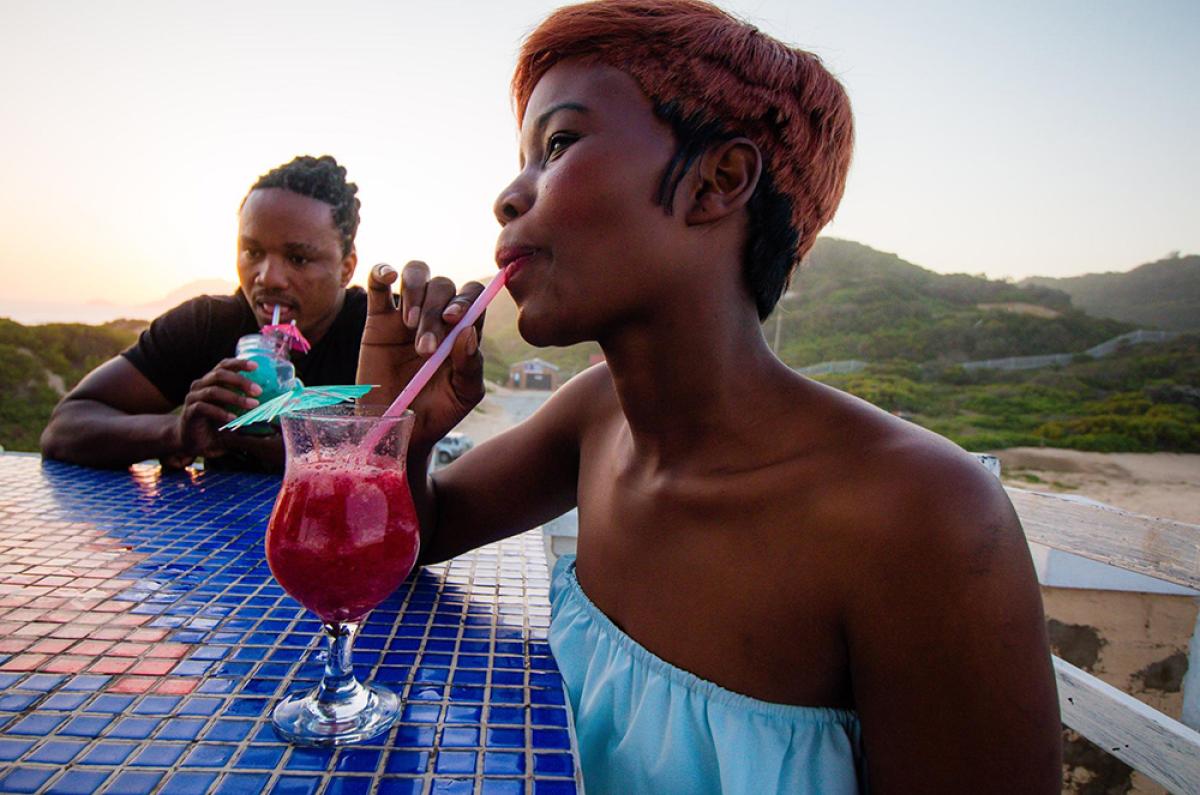 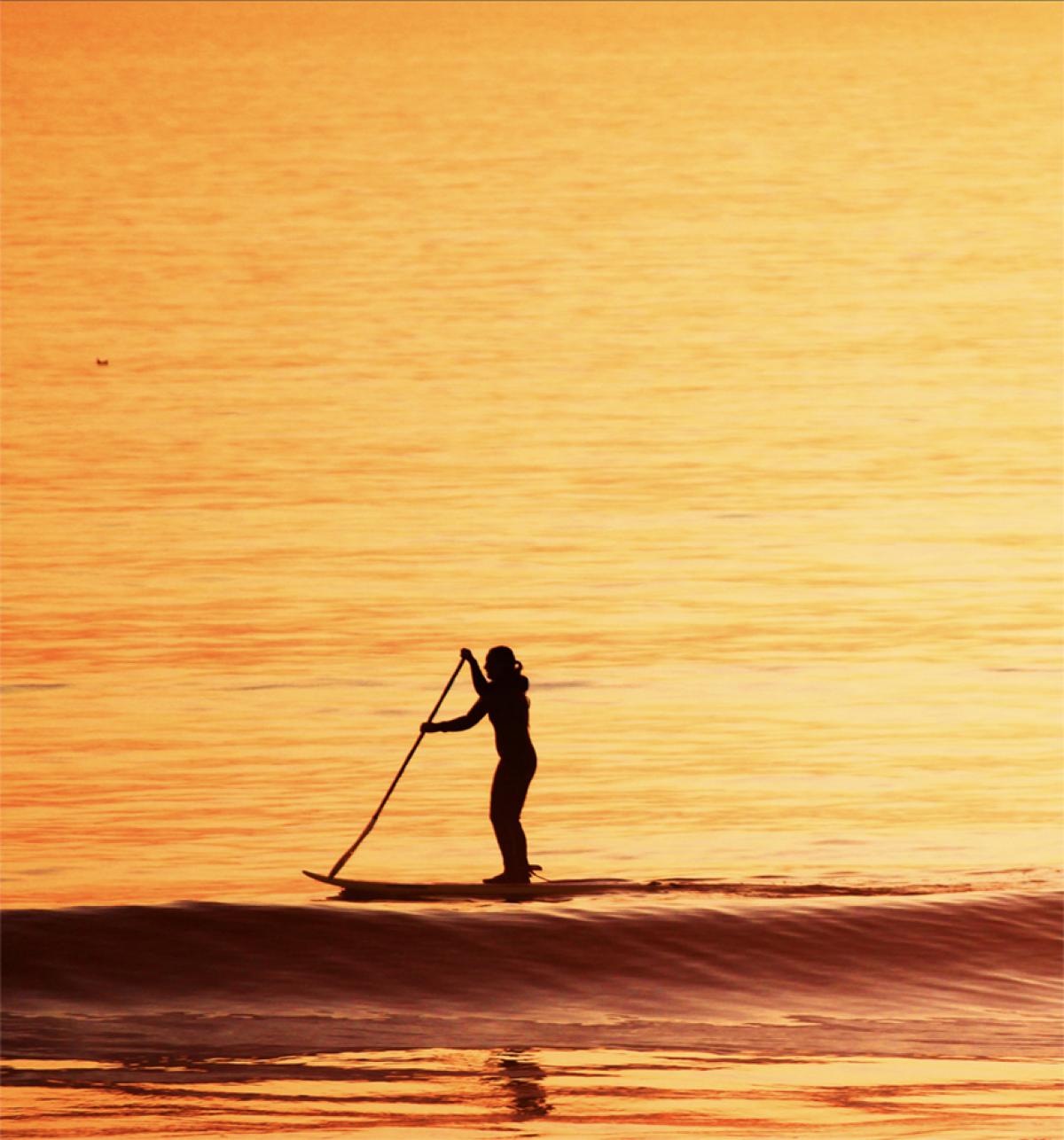 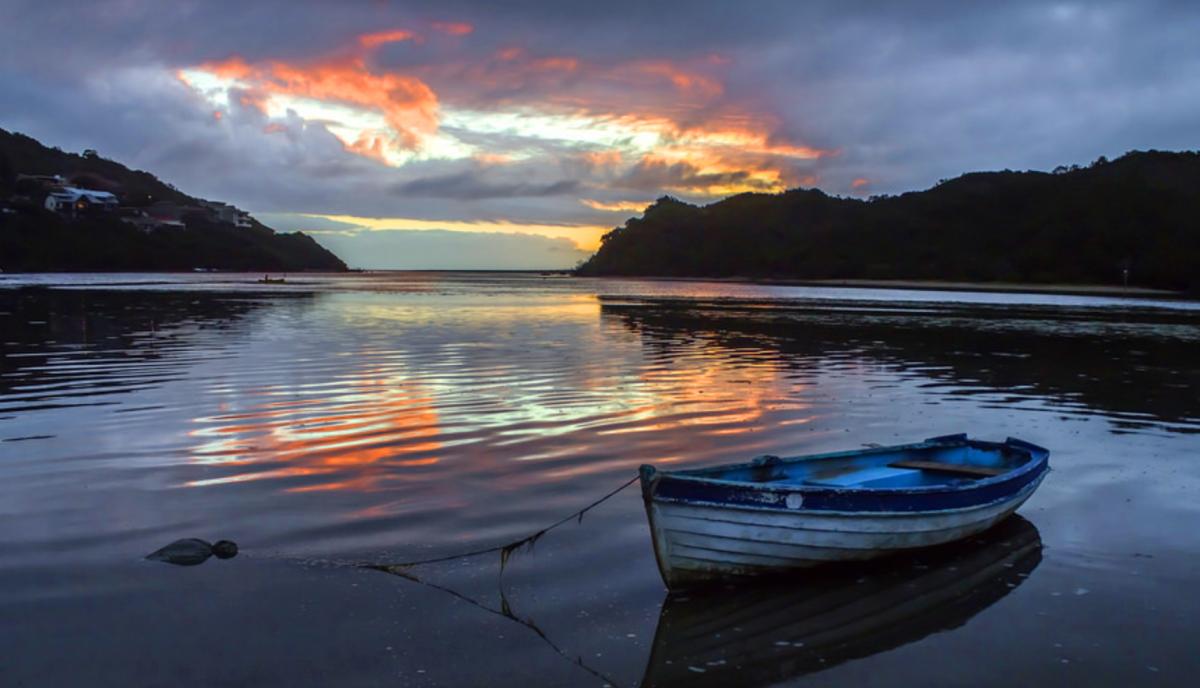 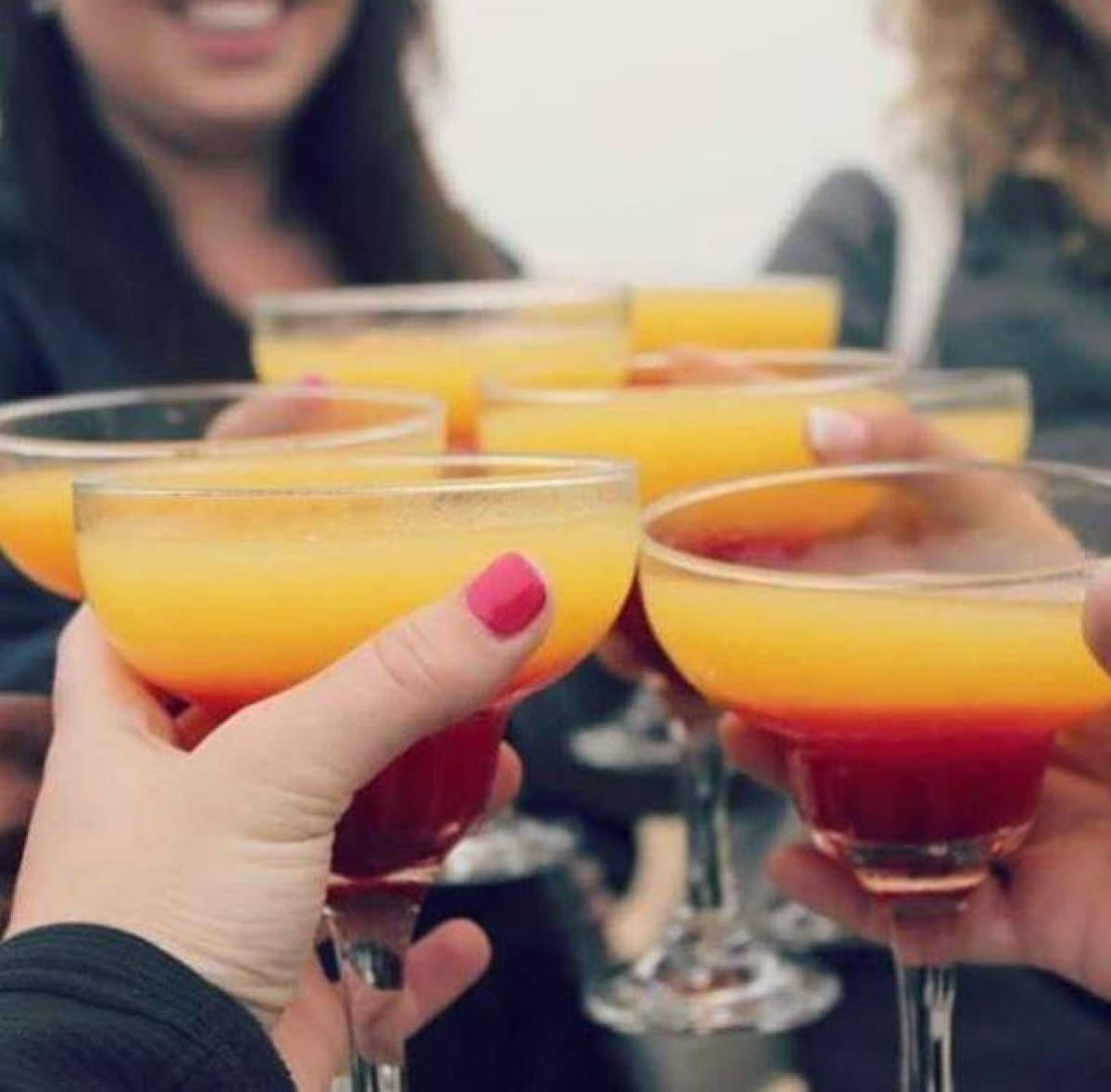 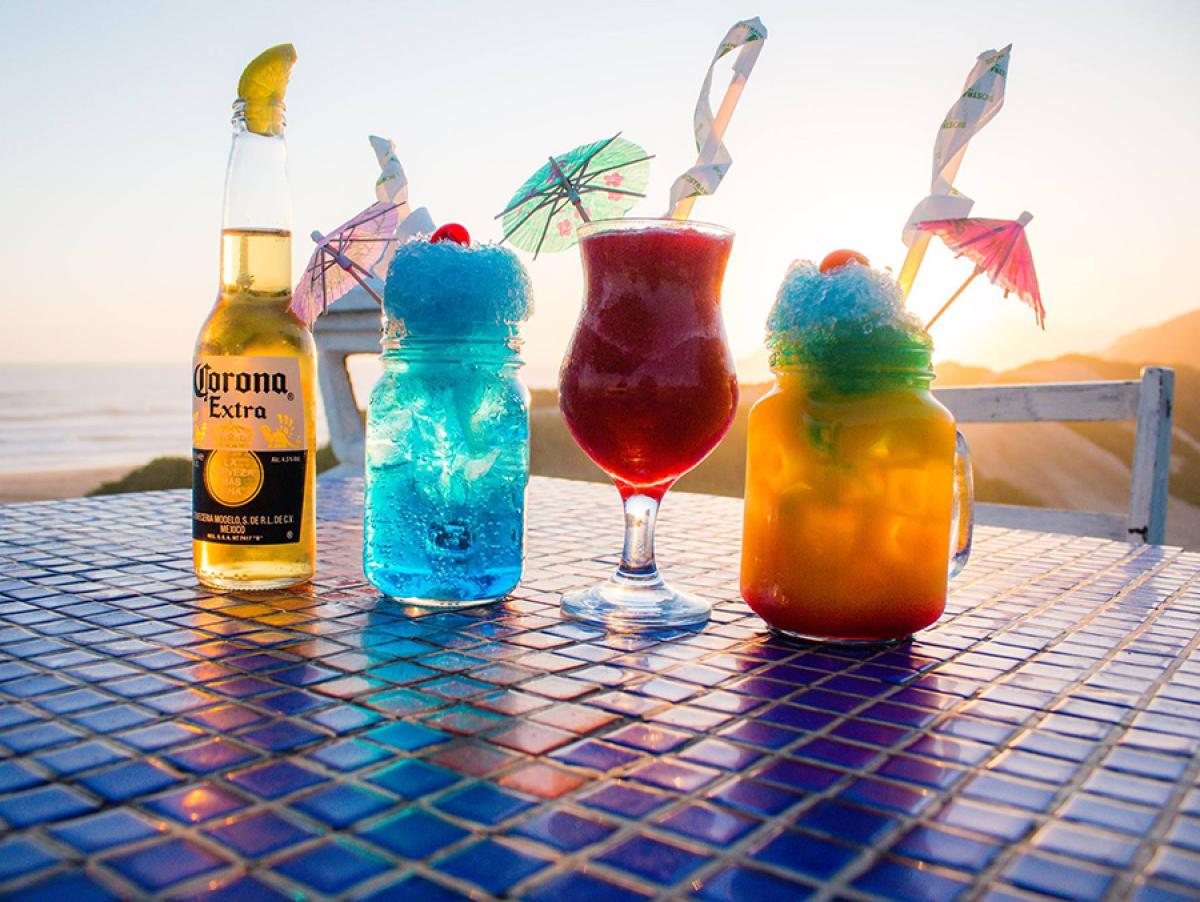 TOURS THAT MAY VISIT THIS SPOT

Know Before You Go

How to say hello?

WiFi can be found at most accommodations, restaurants and airports, however, the download speed is often slow and many connections limit your data usage. In short, you’ll be able to stay connected with home, but don't expect to watch HD movies in your spare time.

Shoulder season is April and May, as well as September and October. Surprisingly, the weather in Durban is often at its best during this time, and other areas simmer down from their scorching highs. Prices are lower and crowds are smaller. September and October see eruptions of flowers and blooms all around the country.

Winter is beautiful in most parts of the country. Cape Town experiences winter rain and is often a little cold and miserable, but still crisp and beautiful. Because of the warm Indian Ocean, Durban has spectacular weather in winter, often hovering around 20-25ºC with clear blue skies. Inland areas get quite chilly and the odd snowfall is not uncommon (it only lasts for a day though!). Prices are at an all time low and it is an ideal time for game viewing, as the animals are more active in the cooler weather.

With the possible exception of Christmas Day and New Year's Day, most tourist services and attractions are open on South African public holidays. In addition most city shopping centres, restaurants and entertainment venues remain open.

Travellers from most Commonwealth countries (excluding New Zealand), most Western European nations, Japan and the USA receive a free, 90-day visitor's permit on arrival. These travellers do not need a visa to enter South Africa. A valid passport is essential with at least two empty pages. You generally will need to show return or onward travel arrangements. Children aged under 18 must show an unabridged birth certificate (showing both parents details).

Some countries do, however, need a visa. Visas are not issued upon entry, they must be attained beforehand. It is advised that you clarify this before you leave, the Department of Home Affairs office has a comprehensive list of countries that do not require visas. http://www.dha.gov.za/index.php/immigration-services/exempt-countries

We're generally laid back in South Africa, so no need to haul out your best silks and diamonds when you head to our shores. Here's some clothing advice when in South Africa:

The only major health risk you might face in South Africa is malaria, which is confined to small areas in the north-eastern parts of the country. Small pockets of the northern parts of the Kruger National Park fall under this area but the risk here is considered extremely low and it is not always necessary to take anti-malaria tablets. Remember as a precautionary measure to check with your accommodation what is recommended.

South Africa may have high crime statistics, but if you conduct yourself wisely, most tourists enjoy the country without any incident at all. Ensure that you lock away your passports and travel documents in a safe, which is usually provided by your accommodation. Don't flash around valuables and keep an eye on your belongings at all time. Majority of South Africa’s crime is opportunistic petty crime, so if you are vigilant about your belongings you should not have any problem.

South Africa has 3 world-class airports that receive international flights every day; Johannesburg, Durban and Cape Town. Most international airlines will have flights into one or all of these airports daily.

There are numerous budget carriers that offer domestic flights between the major cities for very reasonable rates; this is the fastest and safest way to span large distances, especially between Johannesburg and Cape Town, which is a 2-hour flight.

From the airports there are numerous shuttles and taxis that you can pick up upon arrival, there are also many different car hire options at each airport and in all major cities. Uber is another reliable and affordable option.

Our currency in South Africa is the South African Rand. You can easily convert your currency to rand at a bank or Forex Bureau, the airports and larger towns often have many different Forex options. You can also withdraw from an ATM, banks are available throughout South Africa. Be sure to check what international bank charges you will incur for withdrawals before you arrive. Major credit cards are usually accepted in hotels or restaurants, however, there may be a surcharge. It is advisable to have small amounts of cash for curios and tipping.

Filters
We use cookies to enhance your experience. Learn more

As is common practice with almost all professional websites this site uses cookies, which are tiny files that are downloaded to your computer, to improve your experience. This page describes what information they gather, how we use it and why we sometimes need to store these cookies. We will also share how you can prevent these cookies from being stored however this may downgrade or 'break' certain elements of the functionality of the site.

We use cookies for a variety of reasons detailed below. Unfortunately, in most cases there are no industry standard options for disabling cookies without completely disabling the functionality and features they add to this site. It is recommended that you leave on all cookies if you are not sure whether you need them or not in case they are used to provide a service that you use.

You can prevent the setting of cookies by adjusting the settings on your browser (see your browser Help for how to do this). Be aware that disabling cookies will affect the functionality of this and many other websites that you visit. Disabling cookies will usually result in also disabling certain functionality and features of this site. Therefore it is recommended that you do not disable cookies.

This site offers a newsletter or email subscription services and cookies may be used to remember if you are already registered and whether to show certain notifications which might only be valid to subscribe/unsubscribed users.

This site offers e-commerce or payment facilities and some cookies are essential to ensure that your order is remembered between pages so that we can process it properly.

When you submit data to through a form such as those found on contact pages or comment forms cookies may be set to remember your user details for future correspondence.

In some special cases, we also use cookies provided by trusted third parties. The following section details which third party cookies you might encounter through this site.

This site uses Google Analytics which is one of the most widespread and trusted analytics solutions on the web for helping us to understand how you use the site and ways that we can improve your experience. These cookies may track things such as how long you spend on the site and the pages that you visit so we can continue to produce engaging content.

Third party analytics are used to track and measure usage of this site so that we can continue to produce engaging content. These cookies may track things such as how long you spend on the site or pages you visit which helps us to understand how we can improve the site for you.

From time to time we test new features and make subtle changes to the way that the site is delivered. When we are still testing new features these cookies may be used to ensure that you receive a consistent experience whilst on the site whilst ensuring we understand which optimisations our users appreciate the most.

As we sell products it's important for us to understand statistics about how many of the visitors to our site actually make a purchase and as such this is the kind of data that these cookies will track. This is important to you as it means that we can accurately make business predictions that allow us to monitor our advertising and product costs to ensure the best possible price.

The Google AdSense service we use to serve ads uses a DoubleClick cookie to serve more relevant ads across the web and limit the number of times that a given ad is shown to you.

We use adverts to offset the costs of running this site and provide funding for further development. The behavioural advertising cookies used on this site are designed to ensure that we provide you with the most relevant adverts where possible by anonymously tracking your interests and presenting similar things that may be of interest.

Thanks you for your enquiry. We will get back to you with suggestions or cost estimate as soon as possible - usually within 24 hours.